Watched on by a line-up of top government officials and Italian managers of the vessel, the President turned the valve wearing a smile that meant – let the cash flow.

The FPSO will extract 80,000 barrels of oil of the Sankofa Gye-Nyame Fields.

Sankofa means ‘go back for it’. But if the 170 million cubic feet of gas from the fields is anything to go by, Ghana will never go back to that national irritant of erratic power supply.

The gas which will feed thermal power plants in the Western region can bring on another 1,100 megawatts.

This project has been thought through much better than the last FPSO Atta Mills. There is a dedicated gas pipeline to connect to the onshore gas receiving facilities near Sanzule, a village in the Western region.

In the land of many lights, people live in darkness.

And so 10 years after discovering oil in 2007, the printed name of President John Agyekum Kufuor is embossed on a shiny monstrously big Floating Production Storage and Offloading Vessel.

The honour was done him by the former President John Mahama under whose tenure began this development of the Offshore Cape Three Points ( OCTP) integrated oil and gas project – for $7bn.

For reasons yet to be explained, however, John Mahama was absent for this grand occasion. In 24 hours, reasons will trickle in.

But for now, President Nana Akufo-Addo exchanges smiles with CEOs of Ghana National Petroleum Corporation (GNPC), Vitol and ENI SpA, the three shareholders in this project.

They all wore the face of accomplished men at a ceremony 60km off the coast at Cape Three Points.

Wearing awkward-looking safety apparels, the President spotting a decent-looking outfit was briefed about the vessel’s potential and shown around the ‘money boat’.

The second FPSO to commercially produce of oil from the Tweneboa, Enyere and Ntomme (TEN) oilfield was named after John Evans Atta Mills. It gives Ghana some 20,000 to 30,000 barrels of oil a day.

The Third goes to Agyekum Kufuor under whose tenure the country found oil.

There are plans to explore commercially viable oil fields in the Volta region. All things being equal, the names of two former Presidents are up for grabs if Ghana gets a fourth FPSO.

While government pops the champagne in Ghana. The real champagne-popping would be going on in Italy where its government has a 44.4% stake in Ghana’s oil cake, Vitol’s share is a 35.5% stake.

The jubilation in Ghana is a 20% bottle of champagne. Half a loaf is better than none. 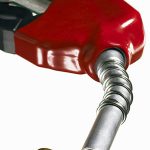